12 Tónar, established in 1998, is a legendary record store and a label in the heart of Reykjavík. In 2019 we added a bar and a café which is very popular with the locals. We regularly host concerts and events in the store or in our beautiful backyard, where the sun always shines. 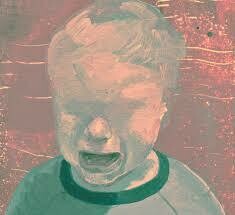 We are very proud to present the latest member of the 12 Tónar family, Samaris.

Samaris is Jófríður Ákadóttir on vocals, Áslaug Rún Magnúsdóttir on clarinet and Þórður Kári Steinþórsson electronics. They started playing together in 2011 and the same year they won Músiktilraunir, a competition for up and coming Icelandic bands. The lush, atmospheric electronics that are their signature sound, plus lyrics that are all from classical Icelandic poetry has earned them a great reputation, both locally and internationally. Samaris released the EP Hljóma Þú for Iceland Airwaves in 2011 and one year later they released another EP called Stofnar falla, recorded in collaboration with Birgir Jón Birgisson and Gynnar Tynes (múm). In the beginning of year 2013 Samaris signed a contract with 12 Tónar in Iceland and One Little Indian in the UK. That summer they relased the self titled album Samaris. The album contains both of their previosly released EP’s and remixes of a few songs and has received some great reviews from respected music critics, both locally and internationally. The mixture of electro beats, Áslaug’s floating clarinet playing and Jófríður’s enigmatic voice has shown to be a winning formula. Samaris is now working on their first full length album in collaboration with producer Oculus. Until then, this is IT!

"Everything about this group is smart, clever, knowing and elemental" **** The Financial Times

Save this product for later
Display prices in: USD

Over the years our store has been featured in the press all over the world, including The New York Times, National Geographic, Spiegel etc and has been on countless list as one of the best in the business. A few examples:

Buzzfeed: 27 breathtaking record stores you have to shop at before you die,

Gramophone: The best record store in the world? https://www.gramophone.co.uk/other/article/the-best-record-store-in-the-world 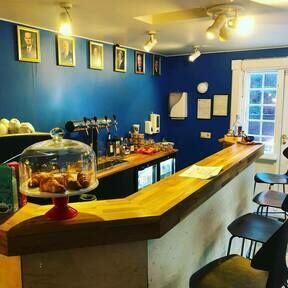 Established in 1998 12 Tónar music store quickly became an important part of the Icelandic music scene. In 2003 we started the label with a special emphasis on young and upcoming musicians. Oscar Winner Hildur Guðnadóttir, 2 times Oscar nominated Jóhann Jóhannsson and Gramophone Artist of the year, pianist Víkingur Ólafsson all took their first steps with us. All the profits we make go directly back into the music  creating an organic 12 Tónar dedicated to the local scene.

Our store is located in the heart of Reykjavík very close the Hallgrímskirkja the famous church on the hill. We specialize in music in all formats both new and second hand, we also have a good selection of postcards, posters, t-shirts, tote bags and souvenirs. And of course the brand new Presidents Bar/Café with Happy Hours and events.